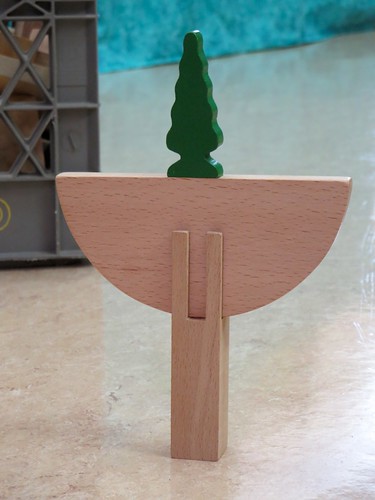 Each month this year the Religious Education program I work for will be organized around a different theme.  This month’s theme is “We Light This Chalice”.  We will be exploring the origin of the Flaming Chalice, how it came to be the symbol of Unitarian Universalism, what the symbol means to each of us, and how we identify ourselves as Unitarian Universalists.

It’s a bit of a goofy video, but I made this to show the kids the story of the Flaming Chalice.

The Story of the Flaming Chalice from Olympia Unitarian Universalist on Vimeo.

We’ll also be making chalices and establishing our classroom covenants this month.  It will be a good month! 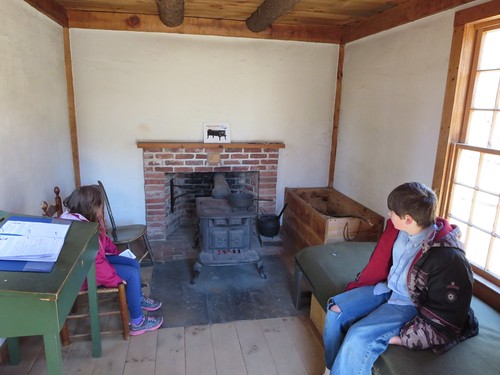 As I am on Sabbatical from the congregation right now, and headed out to Boston to UUA headquarters for the final interview of the religious education credentialing process, I’ve chosen to take the time for an Epic Road Trip Adventure with my two kids.  One of our stops recently was here, at Walden Pond and the replica of Thoreau’s little cabin.

At first, when I told the kids we were going to Walden Pond, they had no idea what the connection was.  But when they saw the little cabin, they remembered what they had learned about Thoreau in their religious education classes over the years.

Perhaps not surprisingly, they remembered the story Henry Builds a Cabin  by D.B. Johnson, which has been told in a worship service, read to several classes, and made into a Spirit Play story.  The book series by D. B. Johnson is charming and he tells the story of the cabin very well.

But the real thrill for me was that as my son sat in that cabin he dredged up a memory from a lesson that I created for a mixed grade class at church in 2009, when he would have been only 6 years old.  He said “didn’t we once have a class where you gave us a bunch of blocks and the challenge was to build a tiny cabin with the fewest blocks you could?”  Yes!  We did do that, and I’m actually delighted that it made enough of an impression for him to remember it five years later.

Of course, just remembering some random activity doesn’t mean that he really understands Thoreau’s philosophy, let alone that his life will be changed or transformed in any way.  But it is touching to me that our children and youth remember things later as being profound or meaningful that at the time we may not notice as such, and that the weekly RE lesson or activity may truly become one of their defining moments in hindsight.  When youth stand up and give their credo speeches in church, I have heard such moments remembered: that time we did a pie sale and it was the first time I ever got to help in a kitchen, it meant so much to me; when we were all talking to the minister and he said X, that really stuck with me; just being here and playing games with people who accept me for myself, that saved my life when I was depressed and lonely.

In the moment, we don’t know if it will be remembered, if it makes a difference, or if it’s even worth doing.  The fruits of educational labor aren’t always seen right away – they may take years to manifest.  And that is why this is a work of profound faith and hope, sowing seeds that we hope will grow but that we may never see.  It’s a wonderful gift when we do get to see it – when a child has an obvious Aha! moment or when a youth looks back and remembers, but we may never see those things.  Teachers move forward in faith and hope, so thank you for all those days when you showed up even though it didn’t seem to make a difference, or you worked so hard on an activity and then when the kids were asked what they did in class they said “nothing really”, or you lead a discussion that felt like pulling teeth.  Those might have been profoundly meaningful to a child or a youth.  Hold onto that. 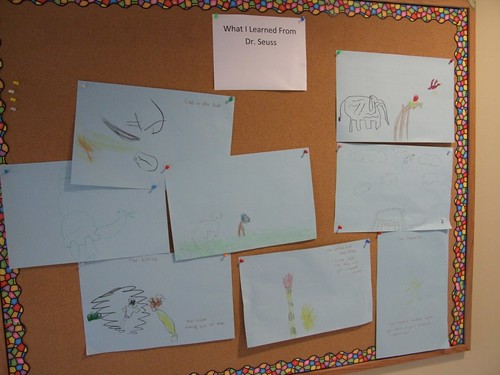 Our 1st-2nd graders spent September through January with Dr. Seuss this year.  Matching a wonderful Dr. Seuss story to each of our 7 Principles is not a difficult task, and the stories still delight students (and teachers!).

So this weekend, if you are wondering what to do as a family, may I suggest:

Green Eggs and Ham –  try something you’ve never tried before

Facepaint a star on your cheek, or not – however we look, stars or no stars, we’re all worthy

Do something good for nature – unless someone like you cares, things won’t get better

And Read your favorite Dr. Seuss together as a family!

For our 5th-6th graders in the fall, to meet our goal of UU Identity work, we used the curriculum Amazing Grace. This is another Tapestry of Faith program from the UUA, this one by Richard Kimball.  Kimball is also the author of several Shelter Rock curricula, including one I’ve used before, Bibleodeon.

Amazing Grace worked out pretty well for us.  It is an engaging look at ethics and some concepts we UU’s usually avoid, namely Sin and Grace and so forth.  Different religious ideas about sin and grace and right and wrong are discussed, and the kids are encouraged to wrestle with their own solutions to age-appropriate ethical dilemmas.

Pros of the Program:

Cons of the Program:

I think the pros outweigh the cons, and we will be doing this program again in the future!

We have just finished up the Tapestry of Faith program Toolbox of Faith, with 3rd-4th graders. This was our second time using this program, and we will most likely use it again.  This program uses the metaphor of a “Tool of the Day” to talk about some quality of our UU Faith.  For instance, a hardhat symbolizes resiliency, a hammer symbolizes power, etc.

A quick run-down of the pros and cons of this curriculum:

3.  At times, the subject matter really did provoke some great discussions and deep thinking in this age group

1.  The program, like all Tapestry of Faith programs, has too much content in each lesson plan.  They are just too long to hand them to teachers that way.  Even with editing down, the teachers still remarked that there was more material than they felt like they could get through, which left them feeling rushed and unable to just lean-in to each activity.

2.  This program is very supplies-intensive.  Every Saturday I was scrounging my garage for tools and prepping huge boxes of stuff to bring in to church.  It’s not that it’s expensive – most of this stuff was household stuff I owned and was able to lend to church for the day – but it was a lot of work to gather it all up every week.

3.  Several times we felt like the kids didn’t get the “point” of what the tool was supposed to symbolize.  Of course, that isn’t just up to the curriculum … but I think at times it is a bit of a stretch for the kids to catch the symbolic meaning when they are in the concrete-thinker stage of development.

For us, the Pros definitely outweigh the Cons for this fun, active, engaging curriculum, and we’ll do it again in a couple years!

I just love how their rainbow poster turned out.  A good first class for the new program, “Dr. Seuss and the 7 Principles” that they are doing this Fall.